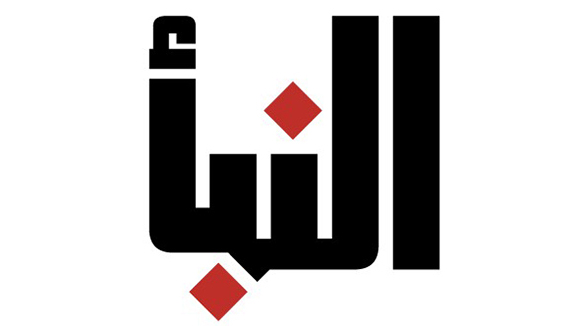 The Islamic State (IS) urged its supporters in the West as well as fighters in the battlefields to "intensify" their efforts in the 100th issue of al-Naba newspaper.

In the forward to this issue, which was distributed on October 5, 2017, the group remarked that the fighting in these current days has begun a "new phase of intense struggles," and fighters must remain patient and persevere in order to reap the rewards and also take new cities. The author wrote: "This is more of a reason to behold the great tidings of the great conquest, where the black banner hovers over Riyadh, Baghdad, and Damascus, and Allah replaces our cities with better than that which we hold, and the Jews tremble with the promises drawing closer, Allah permitting".

The newspaper is available here:
http://sitemultimedia.org/docs/SITE_IS_Naba100.pdf

Following is a translation of the article:

Whoever reads the history of the Prophet, Allah's peace and blessings be upon him, would know that the cheerful anticipation of victory and conquests is part of his methodology. When his Companions in Mecca complained to him about what they were suffering of pain and dismay along the path of faith and calling for Allah, and they asked him to pray for them, he told them about the patience of their predecessors from among his followers who walked the road of Tawhid [monotheism] and defended it.

He then told them: "By Allah, this will come true that he who walks form Sana’a to Hadramawt fears no one but Allah or the wolf attacking his sheep, but you are hasty".

When he was digging the trench before the parties arrived, he gave them the glad tidings with the riches of Kesra and Caesar, and when the Jews left during the siege he said: "Allah is Great! Behold the glad tidings O Muslim people!"

We can still see this prophetic methodology in the words said by the leaders and emirs of the State. Despite all the calamities that the mujahideen face, beholding of great tidings of victory and glorious conquests still exist. What is affecting Muslims in the current of great pain due to the enemies attacking the cities of the Caliphate is nothing but the last of the series of pains that will strike the land of Islam, Allah permitting. Here it comes, from afar, today, the tidings of victory. The soldiers of the Caliphate progressed and surpassed the enemy lines, aiming to liberate the cities, as Allah enabled them to harm the enemy and forcefully regain important locations, thus confusing the enemy and ruining their plans and causing them to strike indiscriminately.

In return for all these tidings, the confrontation intensifies and the pains from the heavy strikes increase, reflecting the nasty screams that the enemy is crying out as a result of the victories achieved by the soldiers of the Caliphate. This blessed round will not end – Allah permitting – until after that criminal enemy is completely destroyed and fallen and the mujahideen seize control over his lands, his gear, and his equipment.

This blessed jihad in these days is beginning a new phase of intense struggles, beckoning a new day in which Allah empowers His worshippers even more than what He had already empowered them before. And with patience and persistence in jihad, we await what Allah is preparing for the land of something magnificent.

A great victory is to come after this blessed perseverance and firmness of the soldiers of the Caliphate in front of the countries of the Cross and their apostate followers, and it is a victory that will tip the scale of power in the world.

It is a great victory for the soldiers of the Caliphate being able to combat the countries of disbelief and the apostate gatherings all those years, with strength and power, and being capable of inflicting massive harm, and fighting for what they want until the last breath.

The land and whatever exists upon it belongs to Allah alone, and He will give it to whoever He wants of His worshippers. However, the true victory that was achieved by the mujahideen today is them being firm on their faith and religion until they meet Allah and He is pleased with them, as we consider.

This is more of a reason to behold the great tidings of the great conquest, where the black banner hovers over Riyadh, Baghdad, and Damascus, and Allah replaces our cities with better than that which we hold, and the Jews tremble with the promises drawing closer, Allah permitting.

All the mujahideen in every province of the Islamic State, and all the supporters of the mujahideen who back the State of the Caliphate on the lands of the crusaders: we urge you to intensify your efforts and to unsheathe your swords in the face of the disbelievers. This blessed jihad has a reward, so roll up your sleeves to reach Paradise, O worshippers of Allah, for it is only one of two good ends: a glorious victory or a martyrdom that grants you entry to a Paradise as vast as the distance between the skies and the earth, with the prophets and the righteous. Praise be to Allah, the Lord of the Worlds.