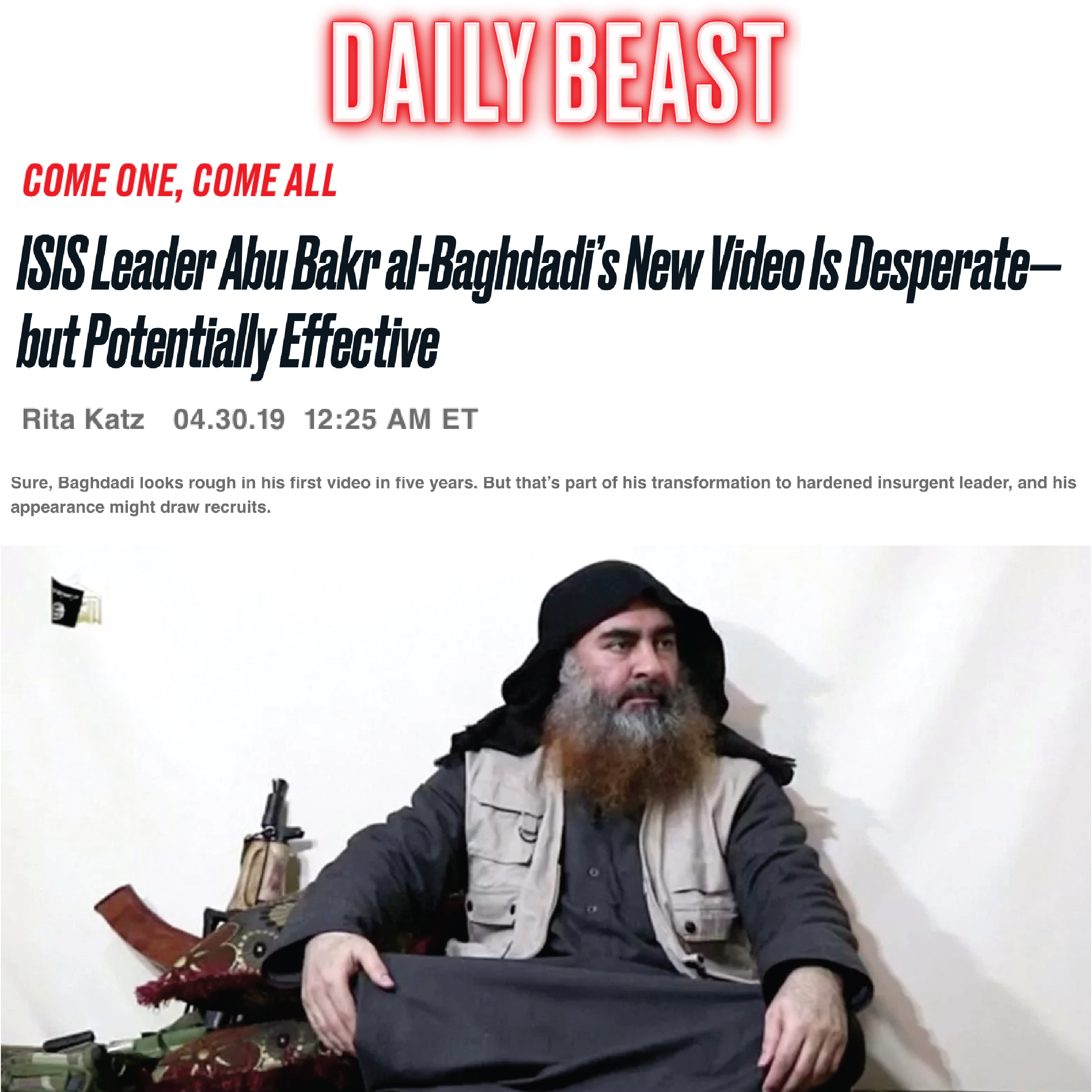 Not counting audio releases, the upcoming video was to be Furqan’s first since a July 2016 video detailing the provinces, departments, and other structural components of the group.

Still, it was an unusually energetic promotional campaign for a video that no one even knew the subject of. New channels were created and social media dedicated to the upcoming release, disseminating its promotional banner. One ISIS-linked group, Bank al-Ansar, even issued a notice offering social media account credentials for anyone participating in the campaign.

The hype finally made sense Monday when the video was released, featuring elusive ISIS leader Abu Bakr al-Baghdadi. The man who had so many times been reported dead or debilitatingly injured was right in front of us.

Click here to continue reading on The Daily Beast.