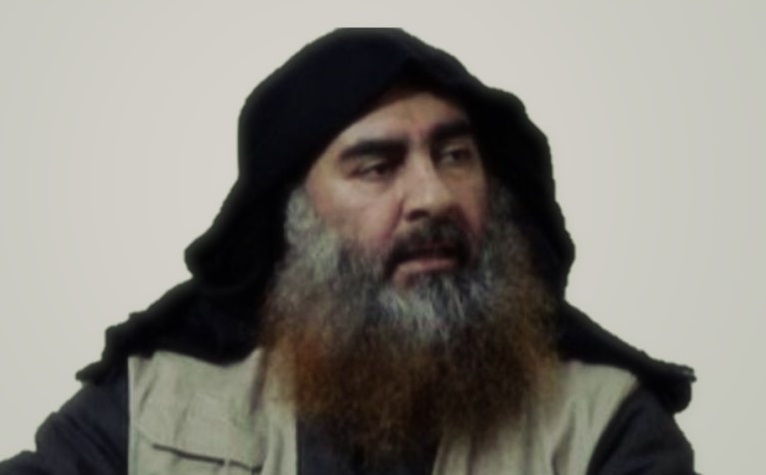 SITE Director Rita Katz is providing ongoing analysis on the speech: assessing its threats, the ISIS community’s responses thus far, and implications for the world’s fight against the group, among other matters.

If you are unable to access these tweets, you can view the following copies of Ms. Katz’ posts thus far:

The message warns America not to rejoice in killing of its leadership. Asserts #ISIS is not limited to Middle East and that it will continue its mission.

The new message tells followers to continue to follow up on the call of Baghdadi's last audio message (released September 2019)--specifically in releasing Muslim prisoners and to make recruitment and outreach.

Abu Hamza also states that killed spokesman Abu Hassan al-Muhajir was a minister and assistant of Abu Bakr al-#Baghdadi. Also states the Shura Council of #ISIS, after consultation, agreed to act upon Baghdadi's will and pledge allegiance to Abu Ibrahim al-Hashimi al-Qurayshi.

The speech threatens: "America, don't you realize that the Islamic State is now at the forefront of Europe and West Africa? It is extended from the East to the West."

As #ISIS' online machine is still alive and well, we should expect to see a campaign for this message spanning various platforms, accompanied by pledges from across the world.

As expected, new #ISIS leader is (allegedly) from the tribe of Quraysh, which the Prophet Muhammad came from. Still, the speech provides very little information about him.

For #ISIS supporters, the deaths of Baghdadi and Abu Hassan al-Muhajir were never going to change anything. As I write this, new pledges of allegiance are already being posted across ISIS web venues.

Based on the reactions that are already pouring in from the #ISIS community, it appears these new developments have energized the group's supporters.

We should expect a message from this new #ISIS leader in the near future. Still, I don't expect ISIS will release any video speeches from this new leader (or at least ones that show his face).

Not surprising some jihadists pointing out that the man sitting near Baghdadi in the April 2019 video (with the red head scarf) was actually Abu Hassan al-Muhajir, both of whom now dead. (No confirmation of this, of course.)

An #ISIS announcement as major as today’s gives a good look at how coordinated its community of members, media workers & supporters are. On Telegram alone, ISIS-linked groups and channels are carrying out a massive campaign of pledges to ISIS’ new leader using a uniform template.

Troubling that even after past week’s developments, #ISIS’ media machine is still chugging along: Naba digital newspaper out on time, communiques rolling out, etc.

Cannot be stressed enough: Despite politically driven narratives of victory, ISIS is not “beaten.”

I’ve been asked about new #ISIS spox's threats against US & West. My takeaway: these threats are not new. Furthermore, ISIS doesn't have any new capabilities it didn't have a week ago. These events have energized its members tho, so remains to be seen if/how that materializes.

Also, regarding questions of how this might affect ISIS’ relations with other factions, ISIS' new leadership will run by the same our-way-or-the-highway game plan, so I don’t expect any new cooperation between ISIS and rival factions (at least not openly).