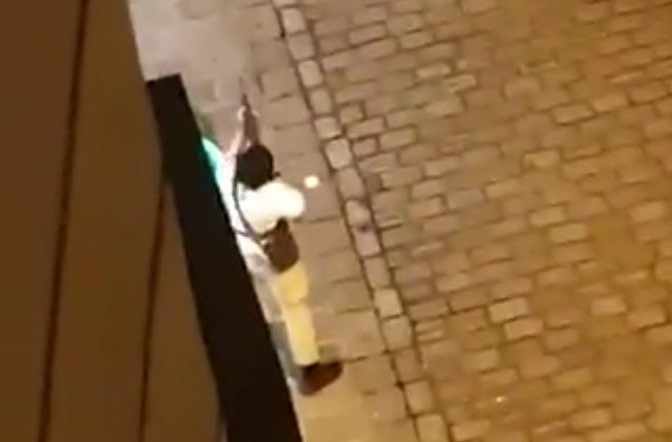 As a multi-perpetrator terrorist attack unfolds in Vienna, SITE Executive Director Rita Katz is giving ongoing commentary and analysis on the event via Twitter.

Katz’ ongoing commentary is provided in a designated Twitter thread, which can be accessed here:

2) Shocking video shows a gunman armed with what appears to be a Kalashnikov (AK-47) rifle firing at an unknown target.

3) Another video appears to show a police officer being gunned down in the street.

4) Given the varying visuals of the videos, it appears that initial reports of shootings happening at multiple locations, including two restaurants, could be accurate. This is further evidenced by a video outside a cafe, where there is a body and significant volume of blood.

5) It is unclear what the motivation of the attack is thus far, and whether or not a far-right or jihadist group is involved. Both far-right and #ISIS communities are spreading news of the events.

6) Appears one of the shooters was downed. This was the shooter seen in the video attached to my prior tweet. There are reports of multiple shooters, but this has yet to be confirmed. 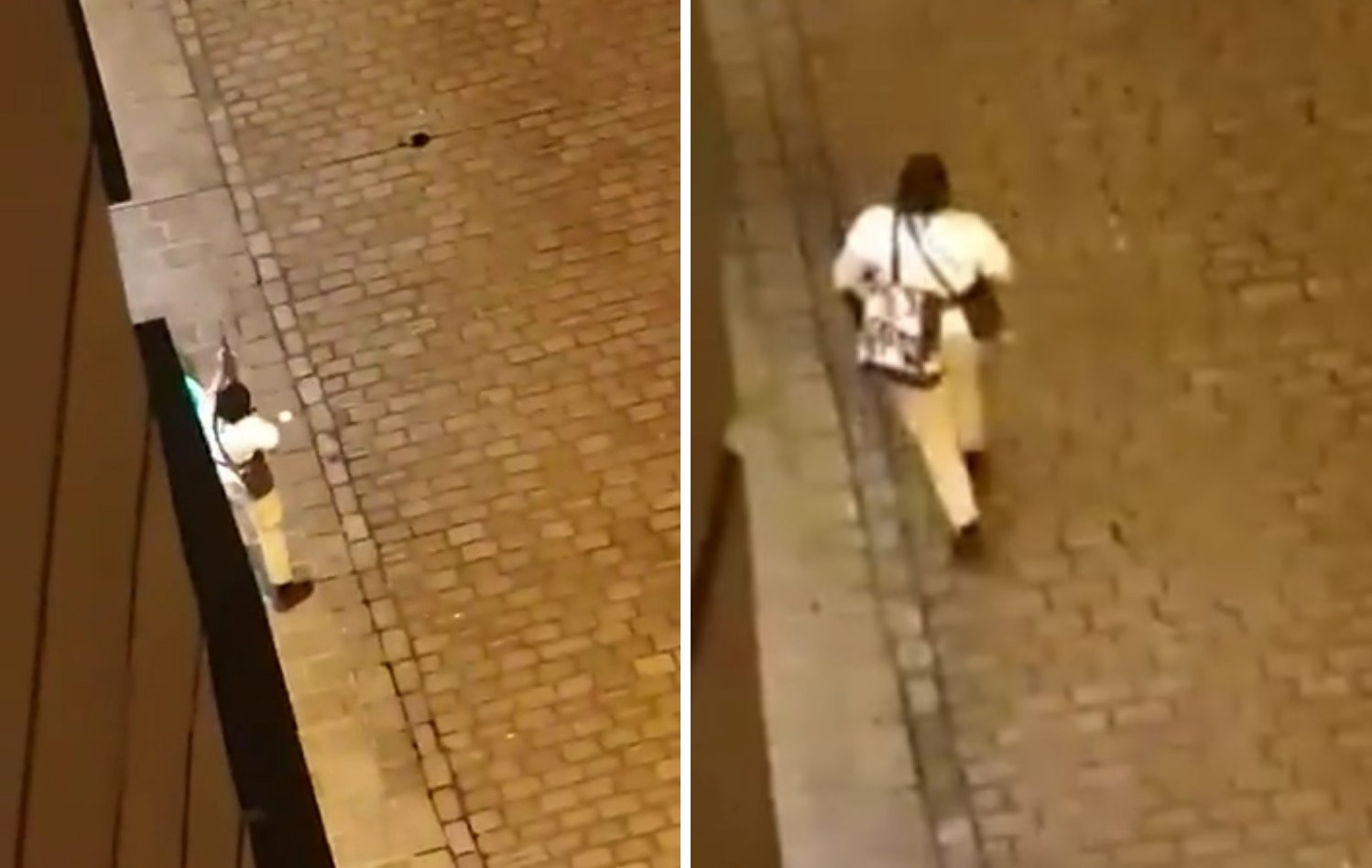 7) Reports are now emerging of separate shots fired at a Hilton, and hostages taken at a nearby restaurant. This is looking more and more like a jihadist terrorist attack coordinated with multiple actors.

10) A picture is circulating online alleging to show a perpetrator of the #Vienna attack. The caption accompanying the image is a pledge to #ISIS leader Qurashi, the successor of slain leader Abu Bakr al-Baghdadi. The authenticity of the image has not yet been confirmed.

11) Far-right channels are commenting on the attack, circulating images/videos, while simultaneously admitting that it was likely not carried out by their own, but jihadists. Some are celebrating, which may seem like a contradiction, but comes from an accelerationist position. 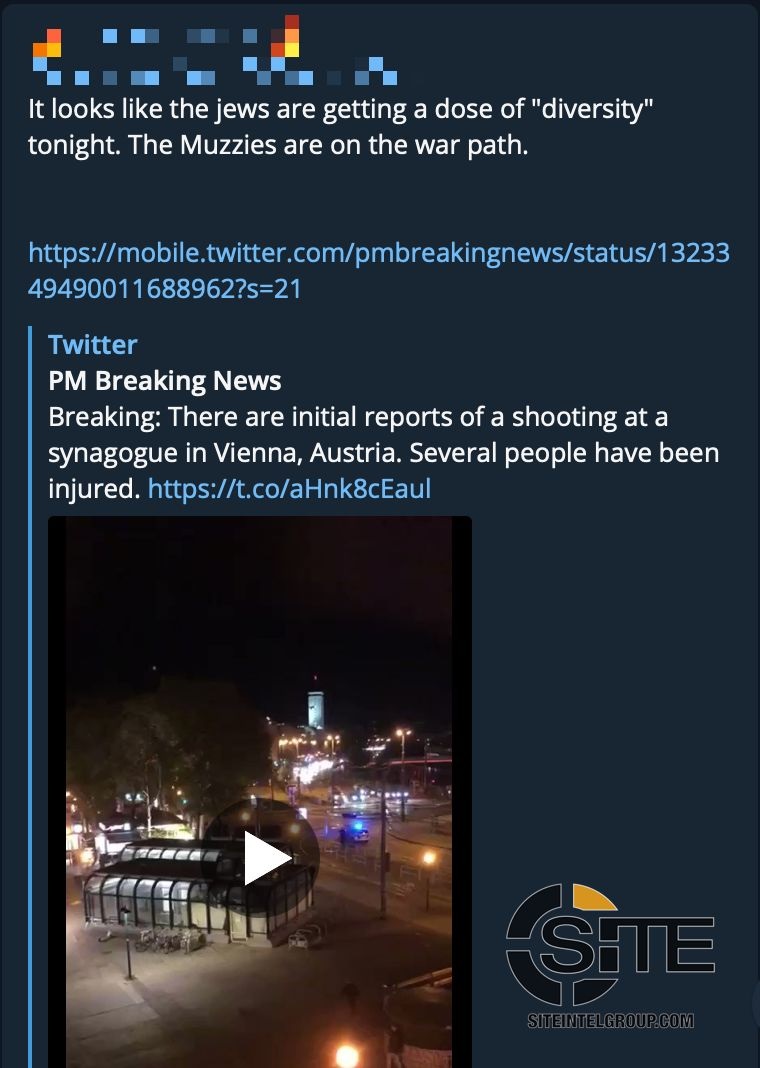 12) This attack comes after weeks of violence in France, and on the heels of an uptick in #ISIS and #alQaeda incitements against the West.

14) If indeed #ISIS/ISIS-inspired, today's #ViennaShooting  also appears far less sophisticated than Paris, Brussels, etc. All these factors considered, it could be that these attackers were an ISIS-inspired cell, but not actually coordinated.

15) Of note: Austria is scheduled to go into a COVID-19 lockdown amid spiking cases across Europe. Thus, today’s attack may have been scheduled to coincide (or rushed to today because of it)