On Friday, October 3, 2014, the Islamic State (IS) released three English video releases and a set of photos within hours and posted it all posted on Twitter. These four releases raise a question, though: Why did IS release so much material in one day addressed to the West.

There is no doubt that IS is, once again, attempting to deliver a message to the West: You can't beat us. We are strong despite your war against us.

Yes, it is the Eve of Eid al-Eidha, which falls tomorrow, and these releases can be viewed as Eid gifts to jihadists and jihadist supporters. However, a close look at these materials, along with the manner of their releases, indicates that these displays of chest pumping may very well double as gestures of desperation.

In the first release, a video put out by IS's ar-Raqqah provincial division, a masked English-speaking fighter comments on the rubble of what was allegedly a school, and attributes the destruction to U.S.-led coalition airstrikes. He claims that the airstrikes were harming regular civilians, and stated that the coalition is "not bombing the State soldiers," but instead "bombing the schools and the hospitals." 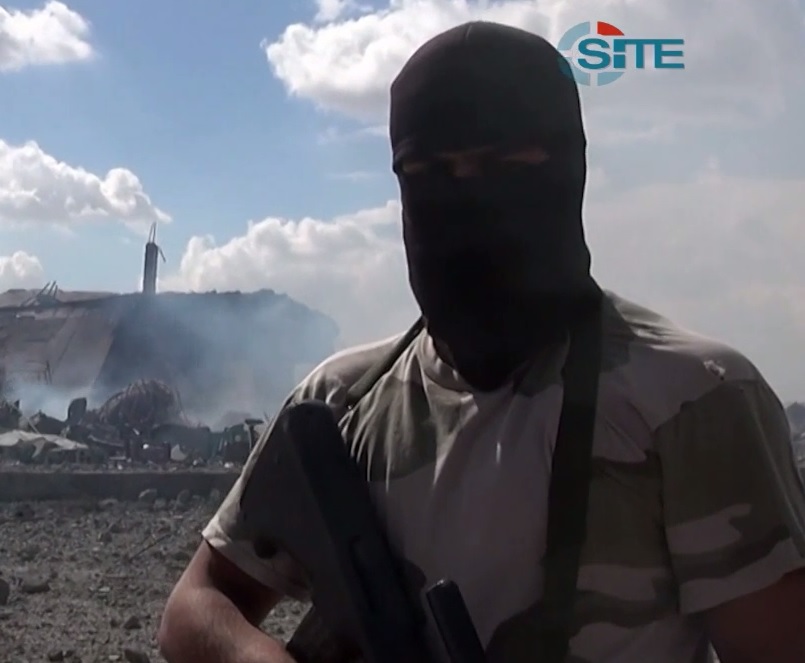 The second release came as a set of pictures from IS's Kirkuk provincial division, showing what the group dubbed their "Abu Omar al-Baghdadi" military training camp, named after the deceased former Islamic State in Iraq (ISI) leader. The nineteen pictures show the fighters in various situations such as obstacle courses and target practice at a stick figure with President Obama's head. The photos were explained to be celebratory of the group's "graduation" from training. 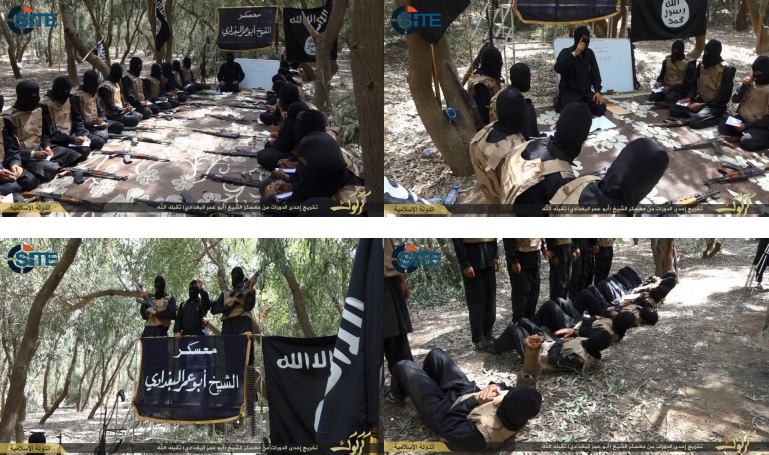 The third release came as a video of a British IS fighter addressing British Prime Minister David Cameron and the United States. The speaker, named "Abu Saeed al-Britani [The British]" chastises Western governments as "cowards" for the airstrikes, telling them to deploy troops on the ground so that IS could "send them back one by one in coffins." 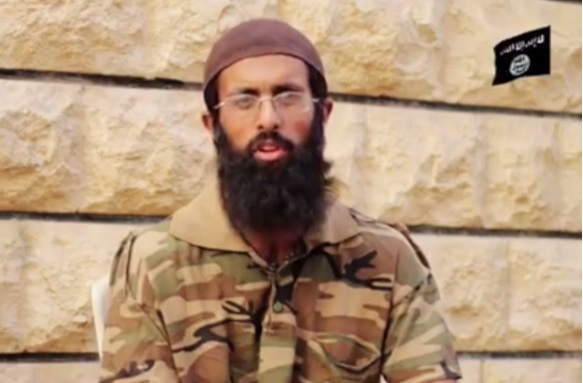 Al-Britani also calls on Western Muslims—particularly in the U.K.—to conduct lone-wolf attacks within their borders. He states, "So unlike us [IS fighters], you can cause damage, you can cause real damage right within the heart of dar al-kufr [land of disbelief]."

The fourth release, a gruesome finale, shows the beheading of Alan Henning. In the video, a fighter, sounding to be the same one from the David Haines beheading video, blames David Cameron for the killing and states, "Alan Henning will also be slaughtered, but his blood is on the hands of the British Parliament." 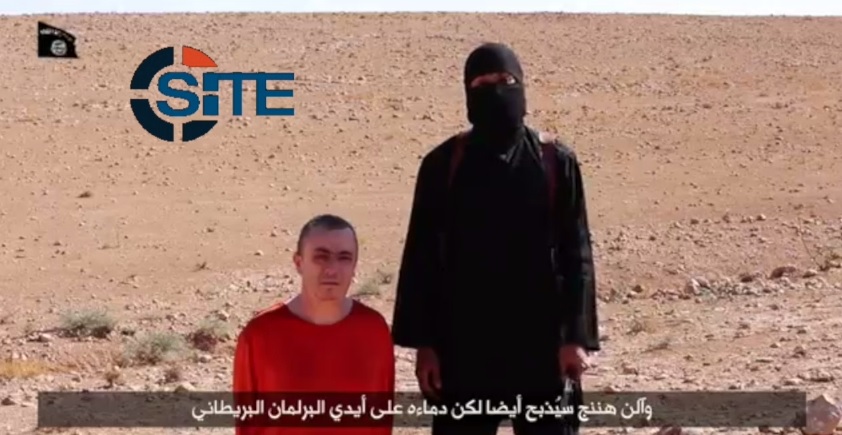 These releases clearly illustrate that, as U.S.-led coalition airstrikes have begun to damage IS strongholds in Syria, the group is letting out an aggressive but painful yelp to both Western governments and prospective jihadists.

To the governments, IS wants to show that its operation is still 100% standing. The Henning video, between the lines, says, "We will persist," just the same as the training camp pictures say, "We remain strong."

The video showing Britani's call for fighting and domestic attacks, on the other hand, addresses Muslims with an interestingly frantic tone. Al-Britani makes demands to Muslims that it is obligatory to come protect the "Caliphate," asking in an almost desperate tone, "...brothers, if this isn't the time when you're going to do hijra [migration], when is the time? When is the time you're going to do hijra?" The cast on his arm even contributes to the needful nature of the message, subtly saying beneath his yelling, "We need help."

Even more, the English speaker who describes a scene of a U.S.-led coalition airstrike, claiming that it struck a school, is another attempt to sway the people in the West that not only are the airstrikes not working, but harming innocents. The airstrikes are, according to this IS fighter, hurting what are sacred entities to Americans and Westerns: Schools, children, etc.

IS has released about half a dozen videos in the last week showing the damage incurred by coalition airstrikes in Syria. However, none of these videos showed any important targets (i.e. military camps, headquarters, etc.) Rather, they focused on civilian locations that were purportedly hit, such as markets, schools, and gas stations.

Thus, they frame the coalition airstrikes as predominantly afflicting civilians and not fighters, which is part and parcel of the jihadi mantra of a "Crusader war on Islam," on innocent victims, shoppers in the market, and kids in school—not terrorism.

IS wants to appear strong, undeterred, and unharmed by the strikes. And, on a daily basis, the group continues to release photos and videos on its recent operations and victories in Syria's Aleppo and ar-Raqqah provinces, as well as Iraq's Anbar province, including attacks on villages in the vicinity of Ayn al-Arab (Kobane,) near the Syrian-Turkish border. The reports were distributed on Twitter between September 29 and October 1, 2014, and pledges of new tribes.

IS knows that only a U.S.-led coalition can stop them from expanding their base and power to neighboring countries and throughout Iraq. Thus, such reactions are not surprising, but rather expected. And thus IS will continue to do all in its power to stop the military operations against it.