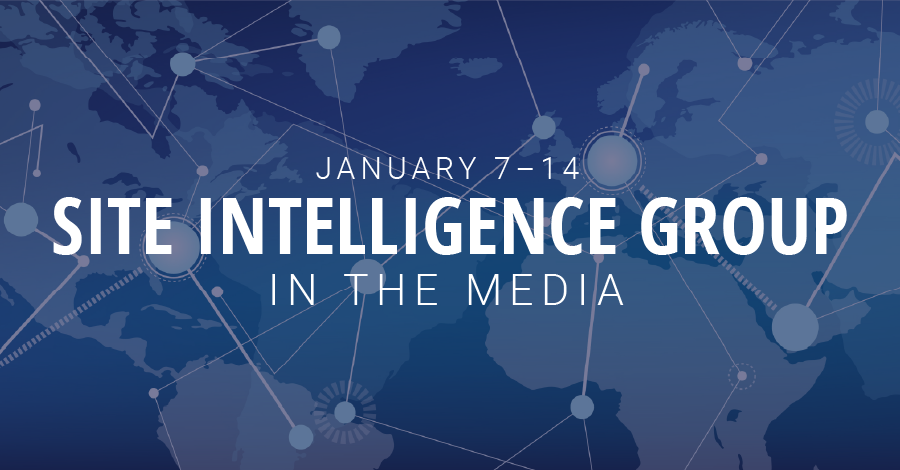 “It’s a new age of terrorism that can’t exist without the Internet,” Katz said. “Having said that, the movement has a spiritual leader, which is Trump.”

“The SITE Intelligence Group, which monitors extremist groups, sent more than two dozen alerts between Dec. 23 and Jan. 7 noting the rising risk of violence related to the coming gathering.”

“Katz said protesters were urged to "consider bringing zip ties" and make citizens arrests. At least one man seen in photos and videos carrying zip-tie handcuffs amid the Capitol chaos was later arrested.”

"The Site Intelligence Group, which tracks extremist threats online, said in a report Saturday that a day of armed far-right protests is scheduled for Jan. 17 and has been in the works for weeks, with Trump supporters and antigovernment activists promoting marches in Washington and at state capitols around the nation. Fliers promoting the event are circulating online, including one encouraging people to “come armed at your personal discretion.”

“Mr. Ochs had earlier posted a note to followers on a social-media account saying he was coming to D.C. to support Mr. Trump and to “deliver the heinous, ugly truth to a heinous, ugly city,” according to SITE Intelligence Group. Last year he unsuccessfully ran as a Republican for a seat in Hawaii’s House of Representatives.”

“The Site Intelligence Group, which tracks extremist threats online, said in a report over the weekend that a day of armed far-right protests is being planned for Jan. 17.”

“Some users even called for the execution of House Speaker Nancy Pelosi (D-Calif.) and other political figures, according to posts reviewed and compiled by the SITE Intelligence Group, which tracks online extremism. Others encouraged a protest at Twitter’s headquarters, though no such crowd had formed at the company’s offices by midday Monday.”

“It has begun to shift from ‘We are going to win this’ to ‘This fight is going to be a long one,’ ” said Rita Katz, executive director of the SITE Intelligence Group, which monitors extremist groups and their use of social media to inspire and organize adherents. "The prevalent consensus across the movements involved in or supporting the Capitol siege is that they will keep pushing forward.”

“Does Daddy want [us] armed or not?!?!” one poster asked on the site, which was flooded with threatening talk ahead of the Capitol siege, according to a report by the SITE Intelligence Group."