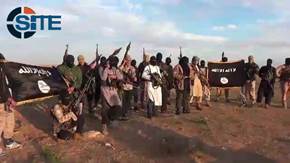 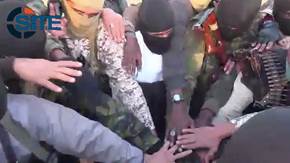 Fighters allegedly from the Libya-based Shura Council of Ajdabiya Rebels pledged allegiance to Islamic State (IS) leader Abu Bakr al-Baghdadi announced their joining the IS in a video. 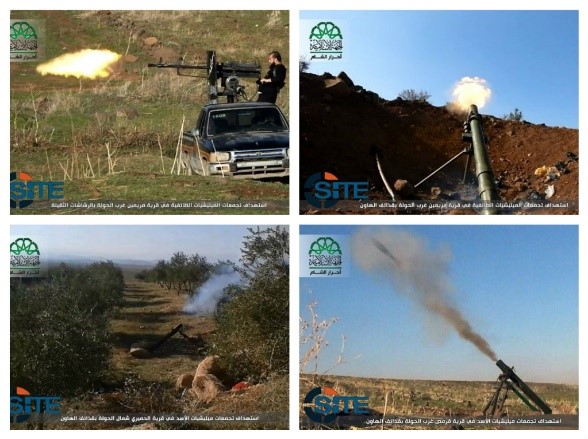 The Ahrar al-Sham Islamic Movement in Syria claimed attacks on al-Assad militia as part of the activity within al-Houla Operations Room. 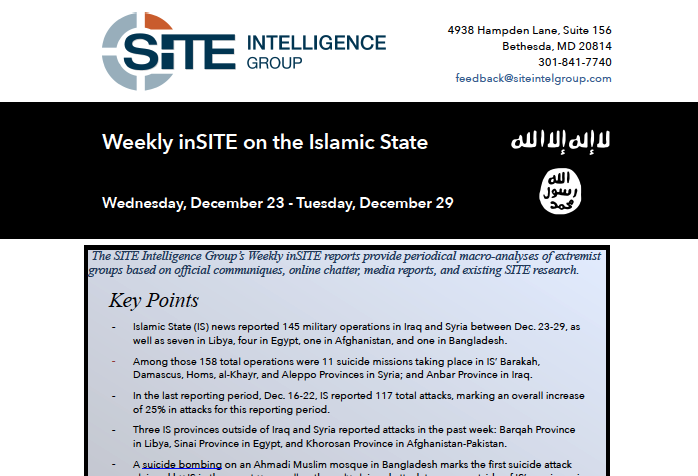 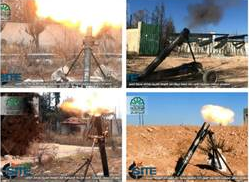 The Ahrar al-Sham Islamic Movement in Syria claimed to have targeted the pro-regime militia forces in western Ghouta. 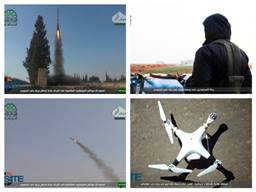 The Ahrar al-Sham Islamic Movement in Syria reported attacks on the Syrian regime supported by pro-regime militia forces in the southern and northern countryside of Aleppo.

A British Islamic State (IS) fighter and recruiter in Aleppo provided information on a male and female recruiter, both of whom allegedly Americans. 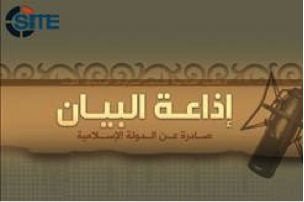 The Islamic State (IS) released the December 31, 2015 English edition of its al-Bayan provincial news bulletin, which included recaps of an assault in Syria, a village captured and suicide operation in IS’ Aleppo Province, and an assault on Russian intelligence officers in the group's Caucasus Province.

A Telegram channel has provided a steady feed of jihadist manuals, speech transcripts, and other documents for jihadi followers.

The council of Rābiṭat Ahl al 'Ilm Fī al-Shām (the Association of Scholars in Sham) called for a general mobilization of all Muslims in a fatwa signed by 40 scholars/representatives of prominent opposition groups and coalitions, including: the Nusra Front, Ahrar al-Sham, Jund al-Aqsa, Faylaq al-Sham, and Jaish al-Fath. 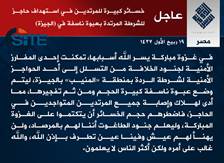 The Islamic State (IS) claimed the bombing of an Egyptian police checkpoint in Giza one day after killing an Egyptian army officer and his driver in Cairo. In a communique distributed on Twitter and Telegram on December 31, 2015, the group reported that a “security detachment entered a police checkpoint and planted and later detonated a large improvised explosive device (IED), killing and wounding all who were inside. While Egyptian media reported that security forces discovered and detonated the IED outside the checkpoint, the IS claimed that the “blessed invasion” was concealed due to the extent of losses.

Urgent: Large Losses to the Apostates in the Targeting of an Apostate Police Checkpoint with an Explosive Device in Giza

In a blessed invasion for which Allah facilitated its causes, one of the security detachments of the soldiers of the Caliphate was able to infiltrate into one of the security checkpoints of the apostate police in the area of al-Munib in Giza, and plant a large size explosive device and detonate it, which led to eliminating and wounding all of the apostates in the checkpoint. They were forced to conceal the blessed invasion due to the extent of the losses. Let the soldiers of the tyrant know that we are lying in wait for them, and they will not enjoy life as long as we have a blinking eye, Allah permitting.

“And Allah has full power and control over His Affairs, but most of men know not”. [From Yusuf: 21]