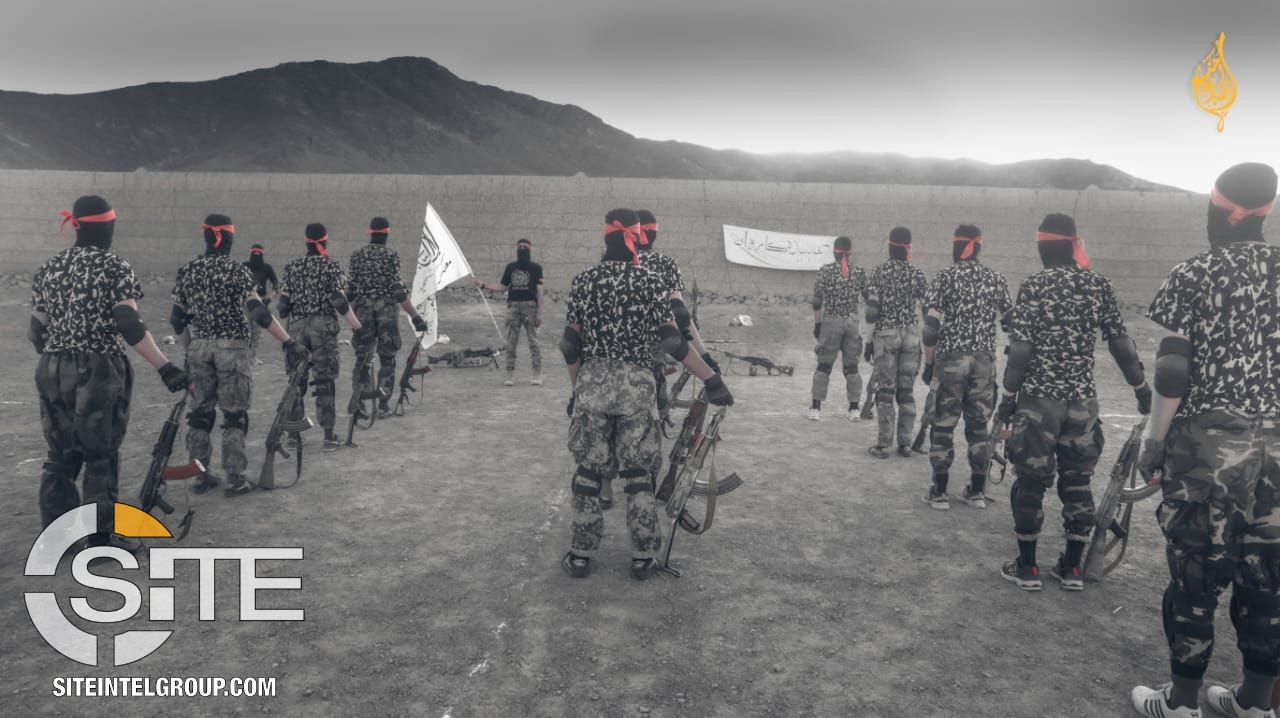 What is your sense of how strong al Qaeda is in Afghanistan? What is it doing or what has it been doing as the Taliban has reclaimed territory in 2021?

Al Qaeda is not the same fighting force in Afghanistan that it was when the United States invaded in 2001. For years, it has been very weak inside Afghanistan and in neighboring regions. Al Qaeda in the Indian Subcontinent has carried out few attacks, and Ansar Ghazwat ul Hind, the al Qaeda-aligned group in Kashmir, has proven ineffectual so far. The Taliban’s takeover of Afghanistan in 2021, however, is the biggest boost to al Qaeda since 9/11. Conditions, including the decline of ISIS, seem more and more conducive for an al Qaeda resurgence throughout the region.

For two decades since 2001, the Taliban has offered safe haven to al Qaeda. The Taliban pledged that it would do no such thing, but al Qaeda members were continuously found in Afghanistan. As recently as October 2020, when negotiations on the timetable for withdrawal were under way, Afghan government forces announced the killing of al Qaeda media chief Abu Muhsin al Masri (also known as Hussam Abdul Raouf) in Ghazni province. Raouf was no small-time al Qaeda operative; he was a prominent religious authority and propagandist for al Qaeda Central—and just one of many cases of dangerous individuals given refuge by the Taliban.

All of al Qaeda’s affiliates have openly celebrated the Taliban’s victory in Afghanistan. Al Qaeda in the Arabian Peninsula (AQAP) expressed optimism that it marked “the beginning of a pivotal transformation” across the world. In North Africa, al Qaeda in the Islamic Maghreb (AQIM) cited the takeover as proof that “the only way to restore the Ummah's glory” is through jihad. In Somalia, the Shabaab al Mujahideen exclaimed, “As we were rejoiced with the news of Afghanistan of pride, we give the glad tidings to our Muslim Ummah that the news of the trenches of jihad is another source of happiness.”

What are you hearing from al Qaeda – either its core or its franchises – about plans to regroup, reinhabit, rebuild in Afghanistan?

Al Qaeda, its affiliates and supporters celebrated the Taliban’s victory. There is universal recognition that al Qaeda can now reinvest in its longstanding safe haven. Al Qaeda supporters have stressed this message while writing off the Taliban’s claims that it will not allow al Qaeda to plot attacks against the United States from Afghan soil. An alleged al Qaeda-linked figure in Afghanistan described the strong alliance between al Qaeda and the Taliban:

I bear witness that many of the local supporters feared for us more than they feared for themselves…the relationship between the Taliban and the immigrants, especially those who joined them after aligning with them, is a strong and solid relationship that cannot be described with words, let alone wrapped with positions.

These sentiments about the Taliban are widespread across communities that support al Qaeda, driven in no small part by al Qaeda’s pledge of baiyah, or an oath of loyalty, to the Taliban. One person commented in a pro-al Qaeda group chat:

As for the political discourse, the Taliban announced the acceptance of the pledge of allegiance to al Qaeda, and all al Qaeda soldiers are to this day its soldiers, and the Taliban is proud of them and they publish the translation and biography of Sheikh Osama bin Laden in their magazine al Somood, then the ignorant person comes to them and says they are not al Qaeda!!!

Al Qaeda is among them, and they are from them. Only the rebellious, chasing after an American journalist and the latest types of gels, are the ones who repeat this lie to justify their crimes and their destruction of the Levant Jihad.

The topic of obligatory hijrah, or migration, to the Taliban’s so-called Islamic Emirate of Afghanistan is also surfacing on al Qaeda forums. The idea of hijrah to Afghanistan is very appealing at a time when al Qaeda operatives and leaders have been made virtually homeless after being stomped out of Syria. Once international attention on the Taliban fades, jihadists’ migration to Afghanistan will be inevitable.

How much coordination has there been – over the last year – between al Qaeda and the Taliban?

The ties between al Qaeda and the Taliban cannot be understood quantitatively. They are connected in a much more fundamental way, so the distinctions between how many al Qaeda operatives may be in one Taliban stronghold often overlook how intertwined they are more broadly. To repeat the previously mentioned chat group user: “Al Qaeda is among [the Taliban], and they are from them.”

How much control does the Taliban have today over al Qaeda, given the widely reported claim that the Taliban didn’t know about the 9/11 plot?

Many observers underestimate the powerful bonds between the Taliban and al Qaeda. Al Qaeda’s longstanding pledge of loyalty, or baiyah, is no shallow gesture. Pledging allegiance is a heavy religious commitment that is rarely reversed. Despite its vow not to foster al Qaeda operations, the Taliban has never disavowed the group’s pledge.

And the pledge is only one element of their organizational bonds. The groups are also connected by marriages between their high-ranking leaders. Even the families of bin Laden and original Taliban leader Mullah Omar have had ties by marriage.

The bonds between these groups have been tested at the highest levels. After the 9/11 attacks, the Taliban refused to give the group up to the United States, which has the world’s most powerful military. And now that the Taliban has outlasted the U.S. military, what reason would it have to give up al Qaeda now?

The Taliban’s victory is making waves not just across militant communities, both old and new. I spend a lot of time tracking these movements online and can say that virtually all conversations during the U.S. withdrawal revolve around Afghanistan. I already seen the creation of at least a dozen new media groups harnessing this celebratory energy to incite for militant jihad.

Virtually all militant Islamist factions, not just groups like al Qaeda, have been inspired by the Taliban. Consider Hayat Tahrir al Sham (HTS), Syria’s foremost Sunni Islamist faction. When the Taliban seized Afghanistan, HTS injected that story into the morale of its own members and their local cause:

We in the Syrian revolution draw our inspiration, steadfastness, and persistence - after putting our trust in Allah - from these living experiences and examples of adhering to the choice of resistance and jihad, all to achieve freedom and dignity, which is represented in the overthrow of the criminal regime and its allies. It also motivates us along with our people, to hold to choice of adherence and unity, and the rejection of division, as well as pride in our identity, our civilization, and that to which we belong.

The same trend was visible with groups like Palestinian Islamic Jihad (PIJ) and Hamas, which similarly applied the Taliban’s victories to their fight against Israel. Hamas congratulated the Taliban in a statement:

As the Movement wishes the Muslim Afghan people and its leadership success in achieving unity, stability, and prosperity for Afghanistan and its people, it attests that the defeat of the American occupation and its allies proves that the resistance of peoples, foremost of which is our mujahid Palestinian people, will ultimately lead to victory and the achievement of its goals for freedom and return, by the permission of Allah.

The Taliban’s victory is a story that can be bent to energize and justify any jihadi or Islamist uprising, no matter how many years of bloodshed it may bring. It foreshadows a new future that sadly couldn’t have been further from what one would expect after 20 years of war.

How active is ISIS in Afghanistan? Is the Taliban takeover good or bad for ISIS, given the rivalry on multiple fronts?

The Taliban’s victory will definitely require a new regional approach by ISIS. While the group has been able to pull off high-casualty attacks in Afghanistan—mainly on soft targets—the group’s so-called “Khorasan Province” (ISIS-K) is not a formidable ground force like its other provinces once were in Iraq and Syria. Furthermore, the Taliban has proven adept at eliminating the group wherever it has tried to build a footing. ISIS-K will continue to carry out attacks, but it is not a force that can threaten the Taliban in any significant way.

The ISIS-K plan is to recruit disaffected Taliban members while sowing sectarian chaos. It wants to counter widely held notion among Islamists and jihadists that the Taliban defeated America. It has instead framed the Taliban as an agent of the Americans and its takeover of Afghanistan as part of an American-made plan. In a recent issue of al Naba newspaper, ISIS wrote:

What happened is nothing more than replacing a shaven tyrant with a bearded, the former of which failed in the war on terror, while America believes the latter is more useful. As for the soldiers of the Caliphate, they are preparing for a new stage in their blessed jihad, which will not stop, by the permission of Allah the Almighty, until the entire earth is governed by the rule of its Creator. This is the victory and everything else is but temptations and mirages.

Given the collapse of the ISIS caliphate as a draw for global jihadis, do you think Afghanistan will become the new draw? Or are there enough diverse franchises closer to home for aspiring militants that they won’t try to make the trek, given logistics, the pandemic or other factors?

Militants from across the world—whether they be regionally focused Islamists or globally focused jihadists—will surely seek to enter Afghanistan’s porous borders. It’s hard to imagine the Taliban pushing them away.

For that to happen in any major way, the Taliban would need some degree of normalized travel in and out of the country, though migrants from countries bordering Afghanistan will be able to enter without a problem.

But the Taliban’s victory could have a rippling impact beyond Afghanistan. The issue is that the Taliban has essentially given a blueprint to the global jihadist movement. From here, an equally important question emerges: Where else might this type of jihad, which drains resources and lasts decades, be emulated? What existing conflicts will the Taliban’s victory fuel elsewhere? What other global Islamist militant movement might emerge from this experience? As one pro-al Qaeda user wrote:

"Do you think that the Levant is not able to implement something like this?" as one al-Qaeda user wrote. "The conquest of Syria, Damascus and Jerusalem, God willing, will be greater."