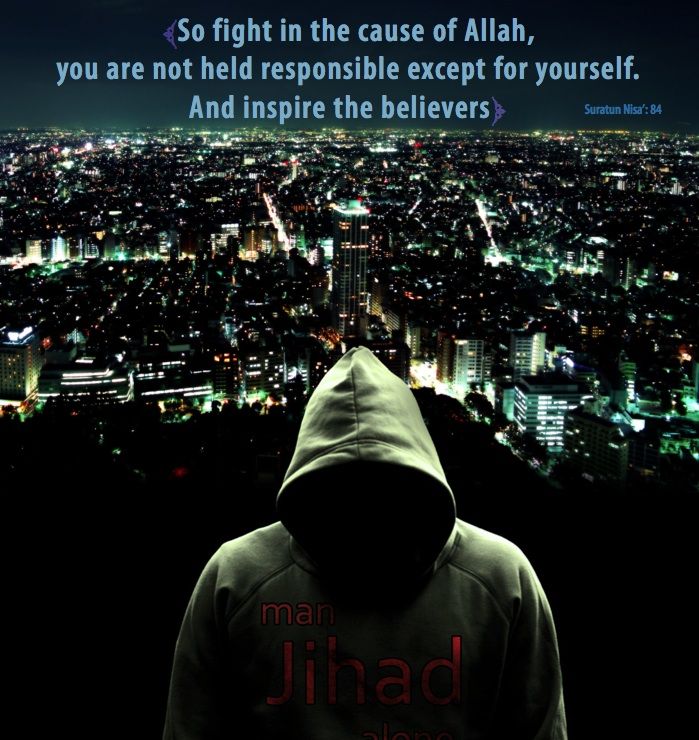 On June 1, 2013, the eleventh issue of al-Qaeda in the Arabian Peninsula’s (AQAP’s) English-language magazine, Inspire, was released to jihadist forums...

By Rita Katz and Margaret Foster

{Promotional image of a lone jihadist, from Inspire, Issue 10}

On June 1, 2013, the eleventh issue of al-Qaeda in the Arabian Peninsula’s (AQAP’s) English-language magazine, Inspire, was released to jihadist forums. Not surprisingly, the issue focused on the Boston bombings as a victory for lone wolf, open-source, jihadism. In an article on the links between Inspire and the Boston bombings, the magazine's editor Yahya Ibrahim noted: “Yes, the brothers have been inspired by Inspire. This is not only because Inspire offers bomb recipes, but also because of the contents of the magazine as a whole.”

Indeed, nearly every aspect of the attack -- from planning, to target selection, to attack preparation, to the bomb making and execution -- conformed to the instructions that the group has issued through the e-magazine, replacing the old model of locally-established training camps with modern technology. While Djohar Tsarnaev’s admission that he and his brother Tamerlan used a bomb manual taken from Inspire gained widespread attention, the location of the bombing is another element of the attack that is important to address.

In the weeks after the bombings at the Boston Marathon on April 15, 2013, many questions remained about why the accused bombers, Tamerlan and Djohar Tsarnaev, would chose a target so close to their home in Cambridge, Massachusetts. In particular, associates of Djohar attempted to come to terms with reports that the popular teen attacked civilians at an event attended by his acquaintances and friends. One of Djohar’s high school wrestling coaches, an avid runner of the race, articulated betrayal and shock that the brothers would attack an institution beloved by the people around them, stating, for example “I’m a marathoner, my son’s running, and the guy who blows up the Boston Marathon is one of my wrestlers.” Further, commenters reported with incredulity that, after the attack, the younger Tsarnaev brother sent a concerned text to a friend who was planning to watch the race as a spectator.

The Tsarnaev brothers’ decision to attack a large public gathering in their home city underscores the extent to which the Boston Marathon bombings are a shocking example of a modern al-Qaeda-inspired lone-wolf operation.

The instruction to chose a target in one’s own backyard can be found in a review of directives featured in al-Qaeda online publications from recent years, indicating that the Boston Marathon bombings strongly reflected guidance from the group encouraging lone-wolf jihadists to form small, secret cells in order to plan operations and large-scale terrorist attacks in their home locations.

While the instructions for making the bomb were allegedly copied from Inspire, the target and style of the attack also mirrored instructions released by one of al-Qaeda’s leading strategic thinkers and trainers, Abu Musab al-Suri. Suri AKA Mustafa bin Abdul Qadir Setmariam Nassar, or Umar Abdul Hakim, once ran one of al-Qaeda’s camps in Afghanistan, and is considered a key leader and strategist for the global jihadist movement. He was captured in October 2005 in Quetta, Pakistan, and was held in prison in Syria, where he was reportedly released in early-2012 amidst the Syrian revolution. His current location is unknown.

Al-Suri’s strategic text, the 1,600-page “Global Islamic Resistance Call”, urged cells of jihadists to form and plan attacks within their own local community. In a passage that closely resembles the Tsarnaev brothers’ apparent behavior, he directed prospective jihadists to carry out their plans “where he is” and where he “can continue his public life in a normal way.” The passage reads:

“…the Muslim who wishes to participate and resist is to work where he is, where he can be in an organic way and continue in his public life in a normal way and do jihad and resistance covertly either by himself or with a small cell composed of those he trusts and forming an independent cell for resistance and solo jihad.”

Al-Suri continued, writing that “solo jihad” is best performed in the land of the fighter:

“The correct way of working is the performing of solo jihad by the Mujahid in his own land where he lives and works, and without having to be burdened by traveling and emigrating and moving to where he can do direct jihad, for the enemy is everywhere these days, thank God.”

As described by al-Suri, these independently operating cells would nevertheless be working to advance al-Qaeda’s strategic goals. Explaining how a far-flung network could bring about benefits for the jihadist movement, al-Suri observed that:

“The aim of resistance operations and solo jihad terrorism is causing the greatest number of human and material losses on the interests of America and its allies, warning them that the resistance has turned into an intifada phenomenon against them due to their aggression”

In fact, illustrating the importance of al-Suri’s views on the benefits of lone-wolf actions for the global jihad, his Arabic manuals were also translated and featured in many issues of Inspire. Correspondingly, the magazine was named by Djohar Tsarnaev as a source of influence and instruction. Through Inspire, al-Suri’s directives have been promoted to a new generation of radicalized Western jihadists. 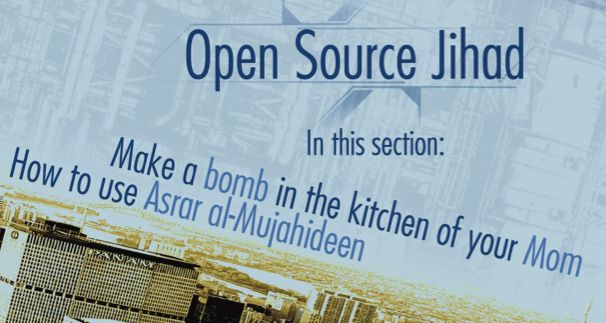 Even more shockingly, selecting the Boston Marathon for their attack, the actions of the brothers continued to parallel al-Suri’s instructions for “solo jihad.” The ninth issue of Inspire, released online and to jihadist forums in May 2012, featured an article titled, “The Jihadi Experiences: The Most Important Enemy Targets Aimed At By the Individual Jihad,” that translated al-Suri’s instructions on the importance and operation of lone-wolf cells. Among a classification of nine types of targets that these cells should strike in order to advance the jihadist cause are instructions to strike “civilians in general” for “retaliation.” Describing the utility of “mass slaughter,” Inspire quoted al-Suri as writing:

“The type of attack, which repels states and topples governments, is mass slaughter of the population. This is done by targeting human crowds in order to inflict maximum human losses. This is very easy since there are numerous such targets such as crowded sports arenas, annual social events, large international exhibitions, crowded market- places, sky-scrapers, crowded buildings... etc.” 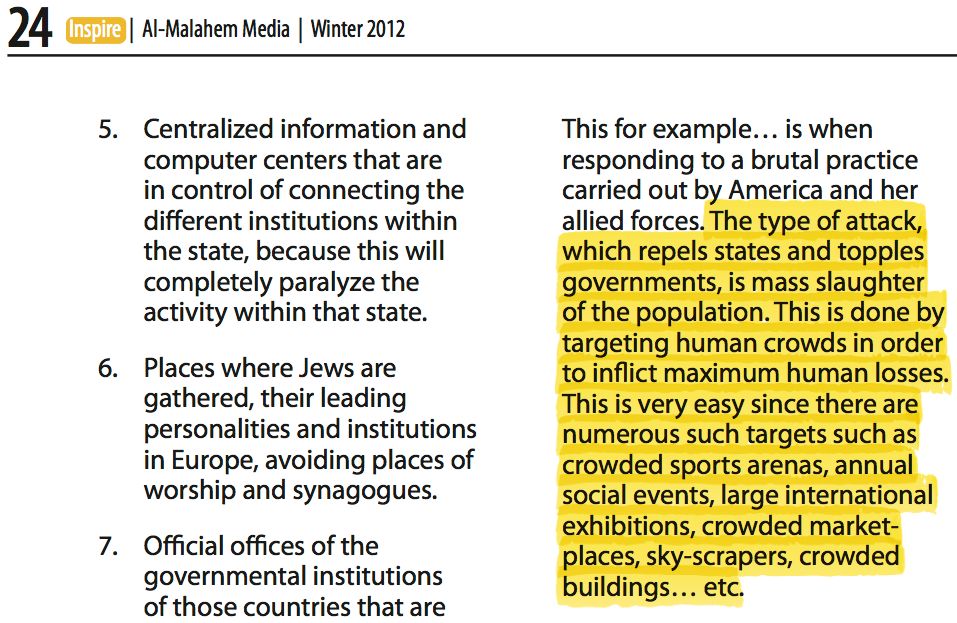 Though many in the United States were shocked that the two men would attack a civilian target so close to their own homes, as the excerpts highlighted above demonstrate, the two brothers were implementing the strategies of guerilla warfare that have long been promoted by al-Qaeda.

Far from being an isolated incident, a review of jihadist plots by Western jihadist operatives in recent years clearly shows the strategy of choosing targets for attack in or near the home of the plotters. For example, the June 2, 2006, disruption of a Toronto -based cell of jihadists seeking to carry out a series of attacks against targets in southern Ontario; a conspiracy disrupted in May 2007 in which six militants living in the Philadelphia area plotted to attack the United States Army base at Fort Dix and kill American military service personnel; Nidal Malik Hasan’s November 5, 2009, shooting attack at Fort Hood, where he was based as a military psychologist; and Oregon resident Mohamed Osman Mohamud’s attempt to detonate a car bomb at a Christmas tree lighting in Portland, Oregon, on November 26, 2010. Further, a year after Mohamud's attempted attack, former American serviceman Naser Jason Abdo went AWOL from Fort Campbell, Kentucky, and was subsequently arrested on July 28, 2011, near Fort Hood, Texas, where he was charged with planning to attack a restaurant popular with soldiers from the base. The restaurant is located a three-hour drive from his hometown of Garland, Texas.

Therefore, while analyzing al-Qaeda’s potential future attacks, the importance of accessible, local, targets for jihadists is an important factor that must be considered. Such targets have been emphatically identified by leading jihadist military figures as both strategically valuable for the global jihadist movement and within the reach of small, secret, cells.