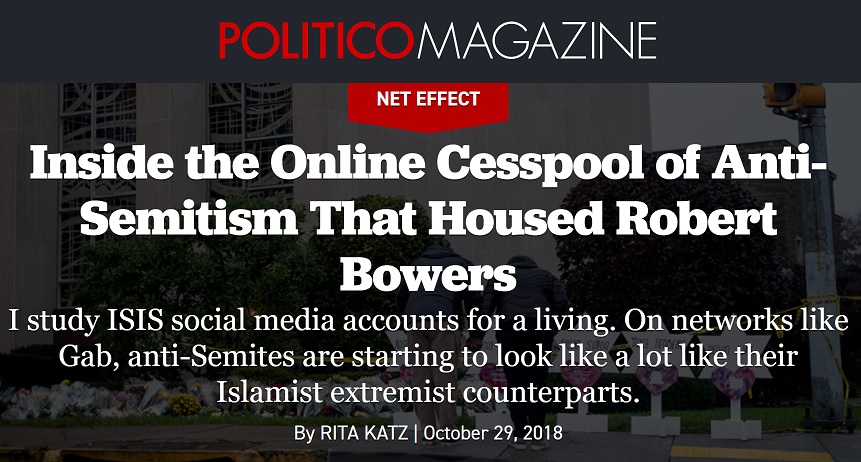 As news of Saturday’s tragic shooting at the Tree of Life Synagogue in Pittsburgh broke, the nation soon learned of the vile hate that motivated the alleged attacker, a 46-year-old white man named Robert Bowers.

He regularly posted anti-Semitic content on Gab, an “alternative” social media platform, with assertions like “jews are the children of satan” and other vile ideas. Posts and reposts on Bowers account, which was removed following his attack, echoed all the major points of the white nationalist community: railing against “ZOGs” (“Zionist Operated Governments”), Jews’ “war against” white people and “kike infestation.”