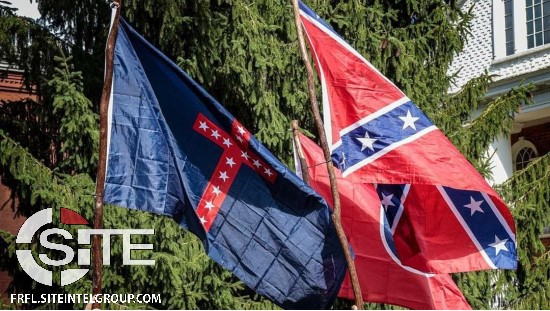 Members of a neo-Nazi group attended a counter-protest in Rogersville, Tennessee. The members of the group were photographed carrying Confederate flags, and one member was seen wearing a patch of the Ukrainian far-right Azov Battalion.

On July 14, 2020, a Telegram channel run by the Nationalist Social Club posted several images of members marching in Rogersville, Tennessee. The members of the group were attending a broader counter-protest against a Black Lives Matter protest occurring in Rogersville. Text accompanying the images claims that the group members “were the only people in Rogersville willing to fly the flag of our ancestors in the face of our enemies.” The post is notable in that the Nationalist Social Club is originally a group operating out of New England which has recently attempted to expand to other parts of the United States, as well as Europe.

Of particular interest is that one of the Nationalist Social Club march participants wears an Azov Battalion patch on their backpack. Azov, a far-right militia from Ukraine, has been implicated in assisting American and Western European far-right leaning individuals with training. While there is no evidence that the individual pictured did anything to directly contact Azov, their possession of an Azov patch signifies the degree to which inter-group connections and information sharing have come to characterize the far-right, both on- and offline

The images and accompanying text from the post are copied below: 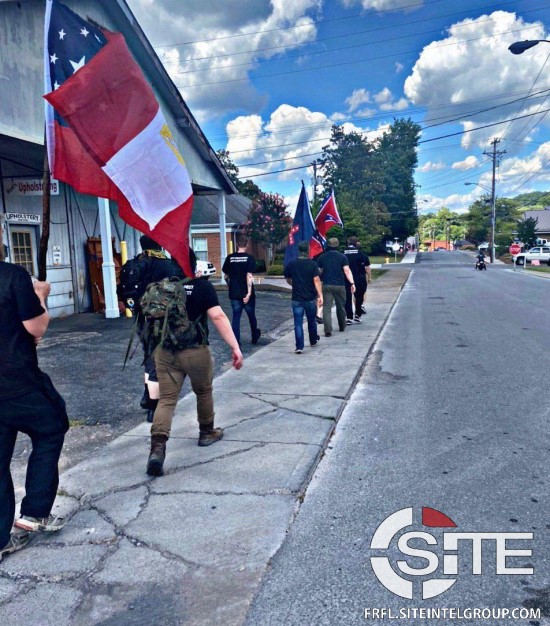 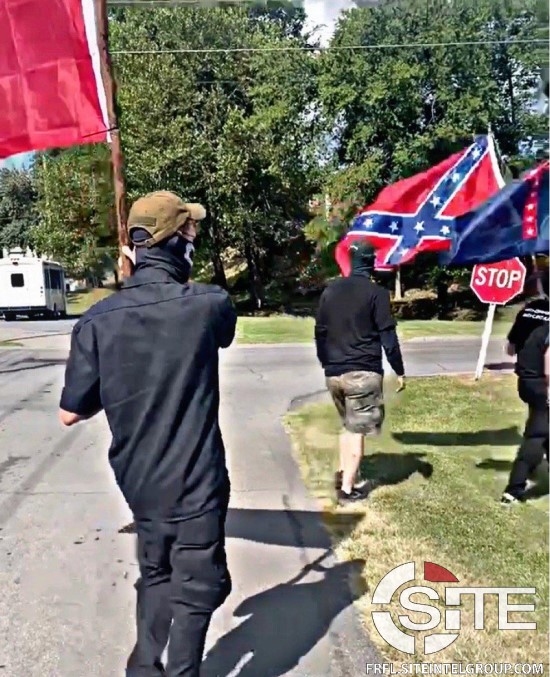 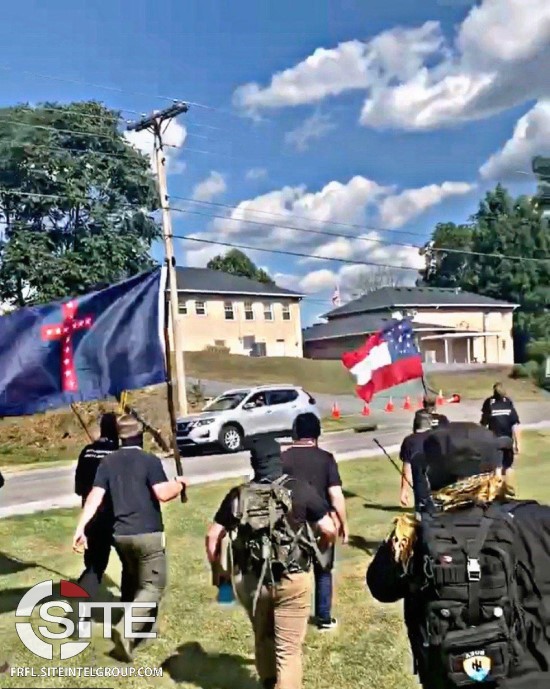 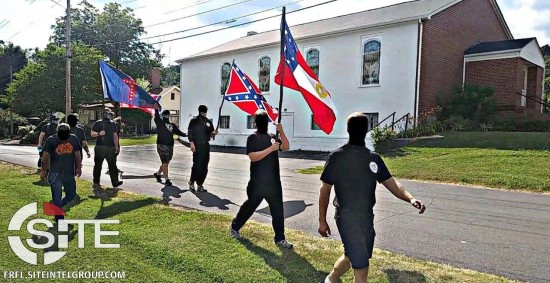 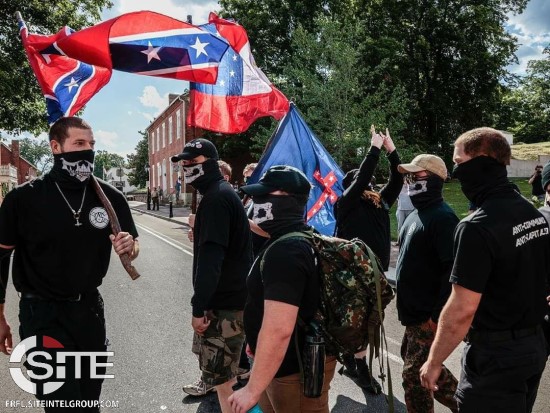 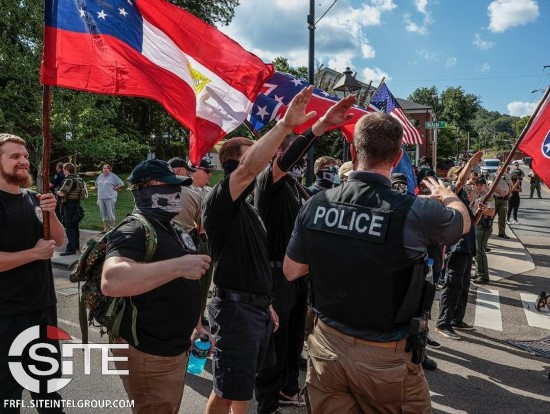 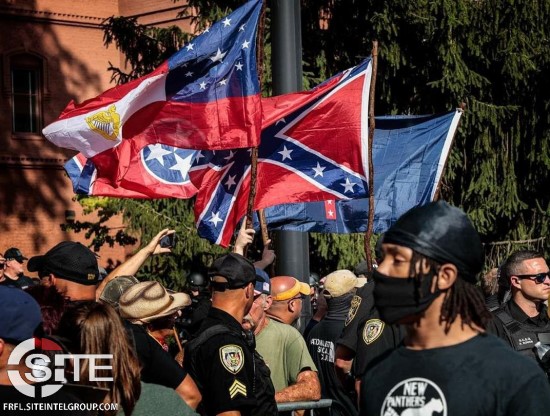 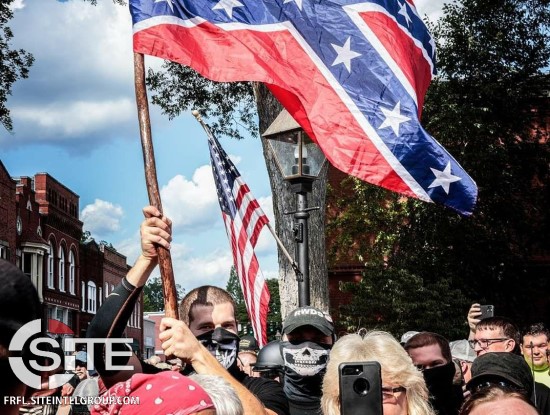 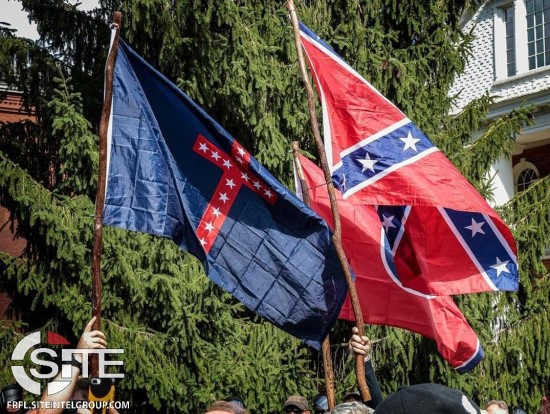 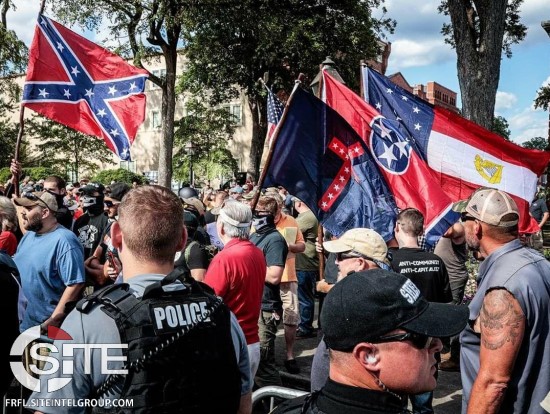 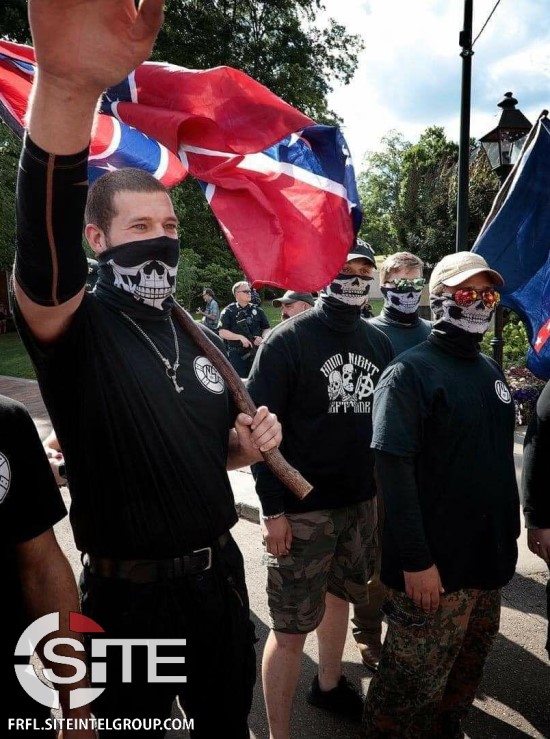 Our goys were the only people in Rogersville willing to fly the flag of our ancestors in the face of our enemies.