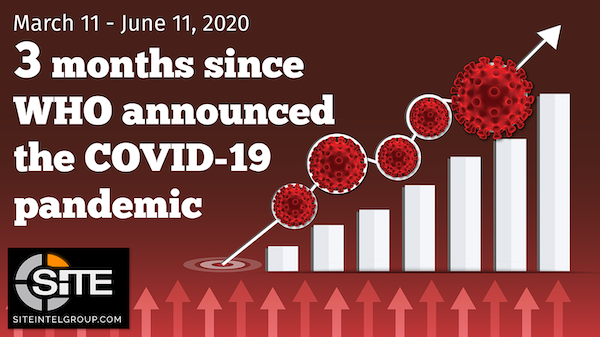 Yesterday – June 11, 2020 – marked exactly three months since the WHO declared the COVID pandemic, and four months since the term “COVID-19” was coined for the disease caused by the novel coronavirus, SARS-CoV-2. To date, more than 7 million cases have been confirmed worldwide, and over 420,000 lives have been lost to this aggressive disease. Early predictions of the pandemic’s trajectory were hopeful, based on experience with the similar SARS-CoV virus, which caused the eight-week long SARS outbreak of 2008. Yet now, more than two months past this mark, some experts are unfortunately speculating that SARS-CoV-2 may linger and become endemic, potentially leaving us stuck with COVID-19 for years to come.

Eleven years before yesterday – on June 11, 2009 – the WHO declared another pandemic for a similar respiratory virus: the H1N1 subtype of Influenza A. This virus, which eerily resembles SARS-CoV-2, in that it both originated from an animal viral strain and caused a lethal respiratory illness, has plagued humanity for over a century, with notable outbreaks such as the one noted above, and the infamous Spanish Flu of 1918, which many of us have likely heard described as one of the deadliest pandemics in human history.

"We must recognize this enemy, as it currently stands largely unopposed, and monitor our food supply chains, clinics, public transportation, and especially, social media, with absolute vigilance."

Despite our best efforts, it appears we are no closer to an end of COVID-19, and may be moving in the opposite direction. Universally, every person – including our frontline medical contributors – is undoubtedly fed up with lockdowns and restrictions to some extent. And though we optimistically comb the daily news cycle for signs of recovery, the reality is that this virus is indifferent to our feelings of “quarantine fatigue,” politics, or economics, and will persist if given the opportunity. Amidst civil turbulence and economic recession, mainstream media is now exploding with reports that nearly half of US states are observing resurges of COVID-19, with corresponding increases in hospitalizations and deaths refuting theories of increased testing as the only explanation. It is obvious these resurges parallel re-openings and lifted restrictions. While daily US cases have decreased, such states are experiencing highest all-time records of new daily cases, including the sobering example of Arizona's activation of an emergency health plan with the state’s capacity for intensive care beds exceeded.

A recent study published in the prestigious journal Nature demonstrated the incredible impact of quarantine measures on the spread of COVID-19, with an estimated 530 million cases averted across 6 countries, including 60 million in the US. Another elegant paper concluded that an estimated 3.1 million deaths were averted by proper infection prevention measures taken in Europe alone. Regardless of how unpleasant or unpopular these public health initiatives may have been, humanity is eternally indebted for the unfathomable suffering they have helped save. 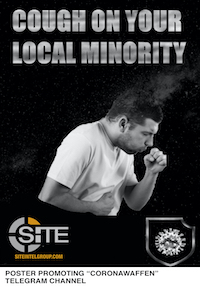 On a darker and much scarier front, of which many are unaware, are the waves of malicious efforts to weaken our public health infrastructure and weaponize COVID-19 via deliberate spread. Since the inception of SITE’s Bioterrorism & Public Health unit during the early days of the outbreak, radicals worldwide – from global Jihadists to domestic Neo-Nazis – have agreed on one thing: this is the ideal time to attack. Conspiracy theories against the government have incited not just morbid conversation, but actual attacks, including those by Timothy Wilson, who attempted to detonate a car bomb in a Missouri hospital, and Eduardo Moreno, a Los Angeles man who derailed a train with intent of sinking the hospital ship Mercy.

Reports are now surfacing of death threats against healthcare officials for simply doing their job in public service. At the onset of the outbreak, weeks before official declarations of a pandemic, this Bioterrorism and Public Health threat monitoring service was urgently assembled after numerous disturbing exchanges about volitional spread of COVID-19 began circulating social media by domestic extremists. More active now than ever before thanks to stay-at-home orders, thousands of radical supporters actively advocate agendas such as “accelerationism” - bringing death and destruction to society as we know it, in order to build a new one in its wake. Infographics and posters of using COVID-19 as a bioweapon by contaminating food, coughing on frontline personnel such as law enforcement and health care professionals, and even engineering new communicable diseases are circulating these social media with frenzy.

“When it comes to weaponizing biological agents, the current pandemic is a proof of concept demonstration about the potential impact of a new or undetected disease,” states SITE director Rita Katz in a recent Daily Beast article discussing the new movement within global terrorism sparked by this pandemic: one with a vendetta to spread any form of communicable disease to the public, and target the health initiatives, facilities, and essential personnel who are already risking their safety on the front lines. We must recognize this enemy, as it currently stands largely unopposed, and monitor our food supply chains, clinics, public transportation, and especially, social media, with absolute vigilance.

Albeit tough, public health departments should advocate prevention measures rather than broad re-openings to avoid prolonging the pandemic, and potentially accelerating its path towards becoming another endemic disease that may plague humanity for the next hundred years. Above all – political, personal, or economic objectives – leaders must focus on prevention and containment strategies to save humanity; and as difficult as that may be, it is the only way. This is far from over.