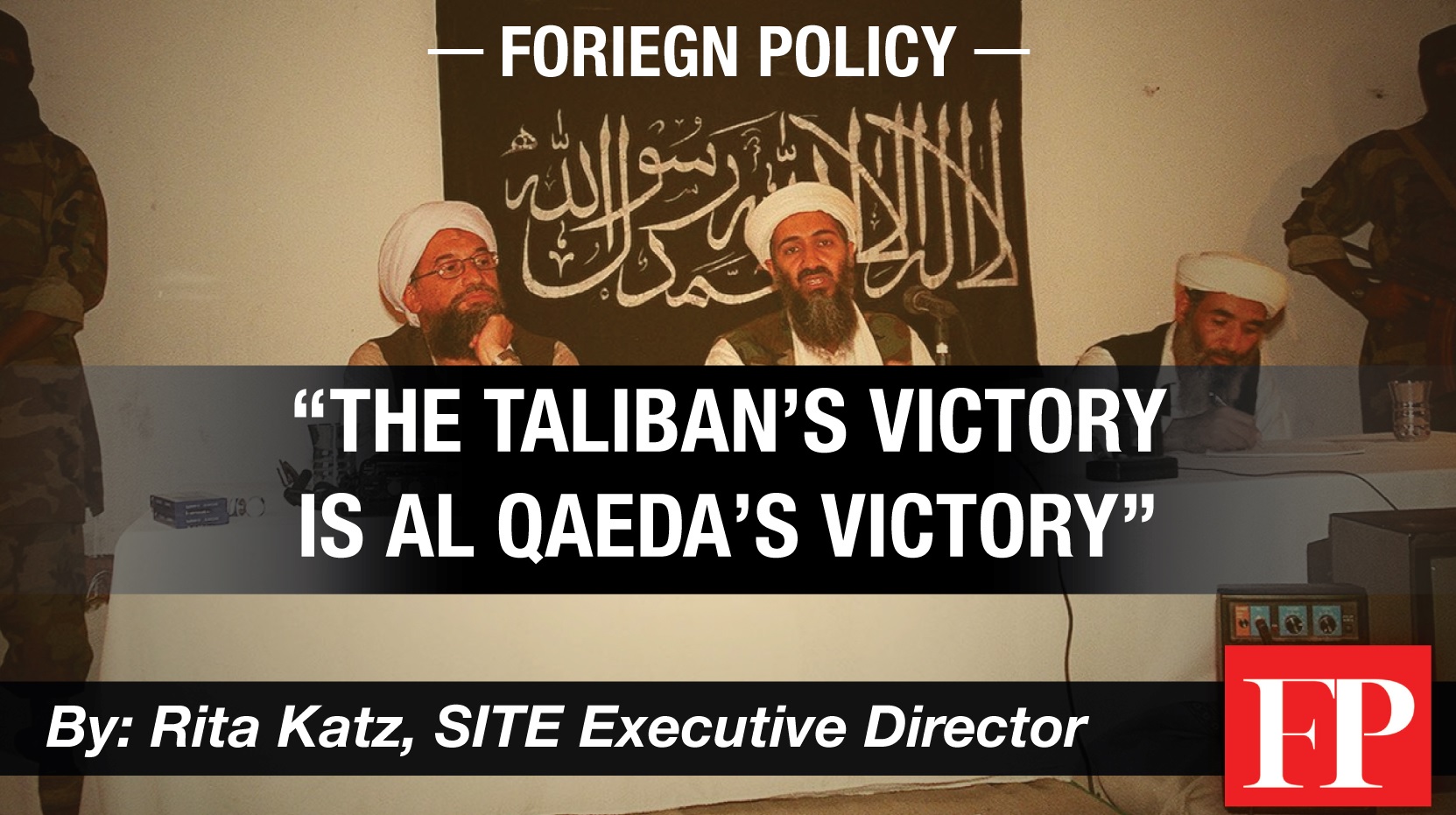 Twenty years after the most devastating terrorist attacks on American soil, the U.S. withdrawal from Afghanistan—and the Taliban’s immediate takeover of the country—is the biggest boost to al Qaeda and the global jihadist movement since 9/11.

There is no doubt the Taliban’s victories are what have made the al Qaeda community’s celebration of this year’s 9/11 anniversary so much more intense than in previous years. Al Qaeda, along with its supporters and aligned media groups, hit social media with well-prepared barrages of content: speeches from leadership, posters, designated hashtags, and entire channels dedicated to 9/11. One al Qaeda-aligned media group even produced a much hyped documentary styled video which, to no surprise, used Taliban video footage.

Al Qaeda Central and its affiliates, aligned scholars and social media groups—all have voiced their elation and shared sense of victory.

Al Qaeda Central and its affiliates, aligned scholars and social media groups—all have voiced their elation and shared sense of victory. Al Qaeda in the Arabian Peninsula called the Taliban’s conquest “the beginning of a pivotal transformation.” Al Qaeda’s North Africa and Sahel-based branches jointly called it proof that militant jihad is the only “path to glory.” Scores of new social media groups have popped up dedicated solely to these developments. Meanwhile terrorists the world over ponder a new jihadi hijra (migration) to Afghanistan, asserting the country to now indisputably be “the center of global jihad.”

It has been two decades since the Taliban refused to hand over Osama bin Laden to the United States, and the group has now consented to the Doha Agreement’s terms not to let al Qaeda plot attacks against the United States from Afghan soil. Would the Taliban actually jeopardize their newfound power by hosting a group set on doing exactly that?

It’s true that the Taliban are not the same as they were in 2001. They are far more powerful militarily and, following their seizure of Afghanistan, are establishing relations with regional leaders and nudging their way into the international community. They have even waged a meticulously crafted global PR campaign: press conferences, promises of civility, an extensive online presence, and articles promising good treatment of women, among other things.

However, the Taliban’s activity in recent years—as well as al Qaeda’s—indicates they have no plans to cut ties with their longtime partner.