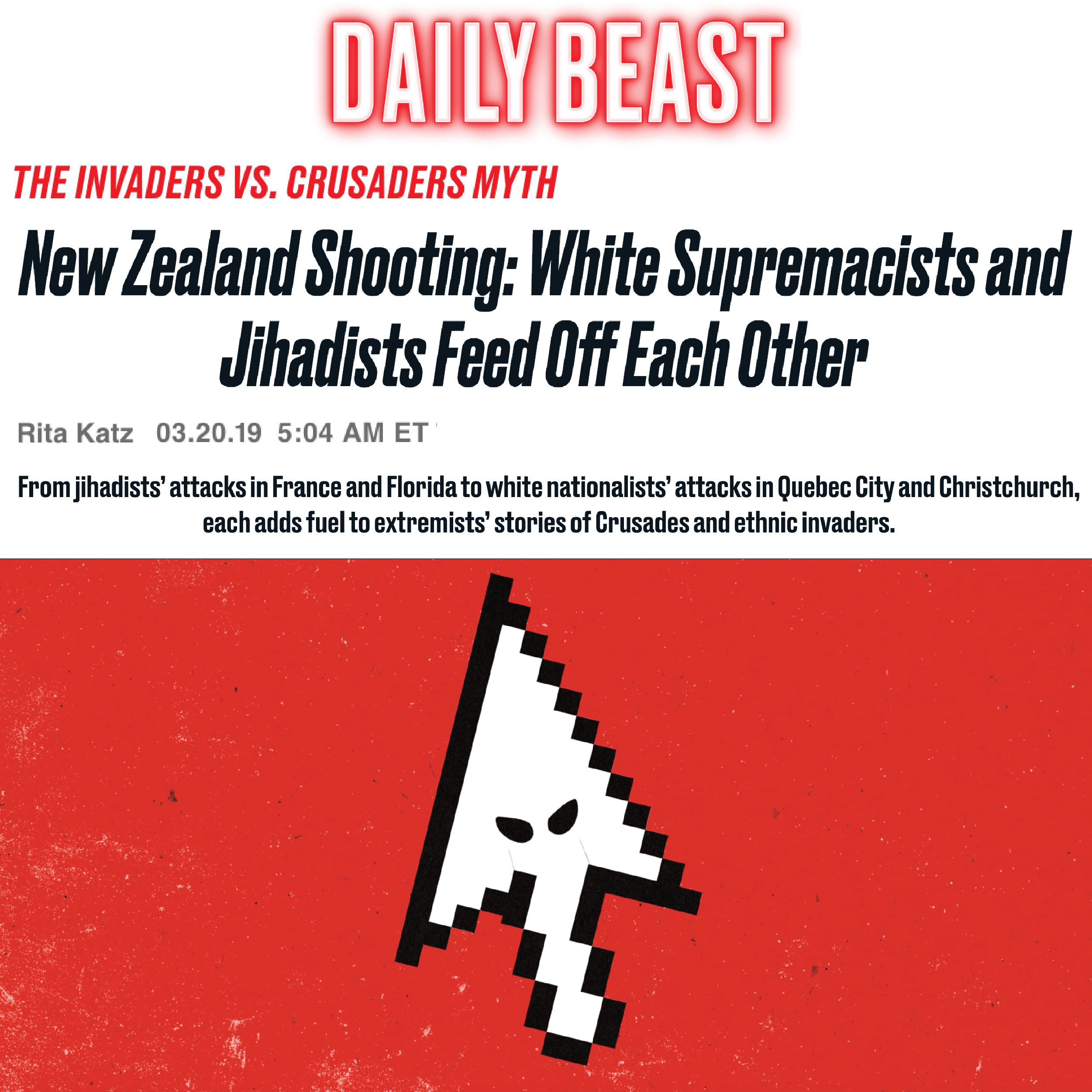 As the world digests the heartbreaking details of last week’s white nationalist terrorist attack against two mosques in Christchurch, New Zealand, we must once more reckon with the same horrid violence we’ve seen from Dylann Roof, Robert Bowers, and others in recent years—the latest reminder in the post 9/11 West that terrorism is not limited to radical jihadists.

Still, even the most direct of comparisons between movements like the so-called Islamic State and neo-Nazis frequently fall short to describe the extent to which these movements mirror each other. Contrary as their movements may seem, white supremacists and jihadists both leech off different ends of a tragedy like Christchurch as seen in the barrages of propaganda from both movements on social media.

(Click here to continue reading on the Daily Beast)