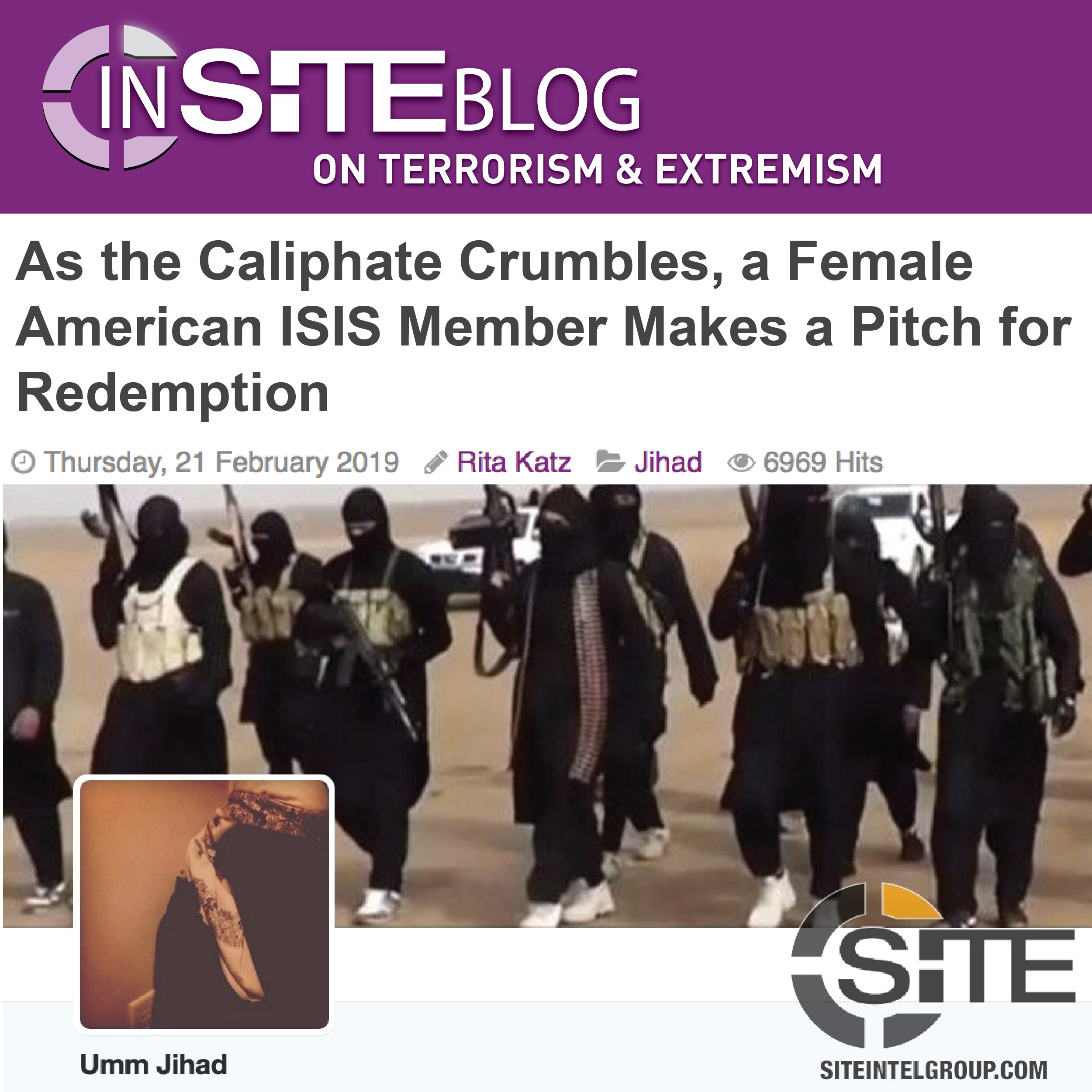 As the Islamic State's (IS/ISIS) territory in Syria shrinks to a final pocket of small villages in Deir al-Zour, many of its Western members are coming out of the woodwork: Fighters, wives, and media workers from America, Canada, Germany, the UK, and elsewhere.

Some captured or surrendered, others escaped—some pleading for forgiveness and better lives for their children, others expressing little remorse.

Among the latest stories is Hoda Muthana, a 24-year-old American ISIS member from Alabama who, after leaving for Syria in November 2014, was captured less than two months ago with her one-year-old son. Her case thus far is getting more tone-deaf by the day. When asked what a “reasonable form of punishment” would be for actions, she suggests, “Maybe therapy lessons, maybe a process that will ensure us that we’ll never do this again.”

Click here to continue reading on the inSITE Blog.